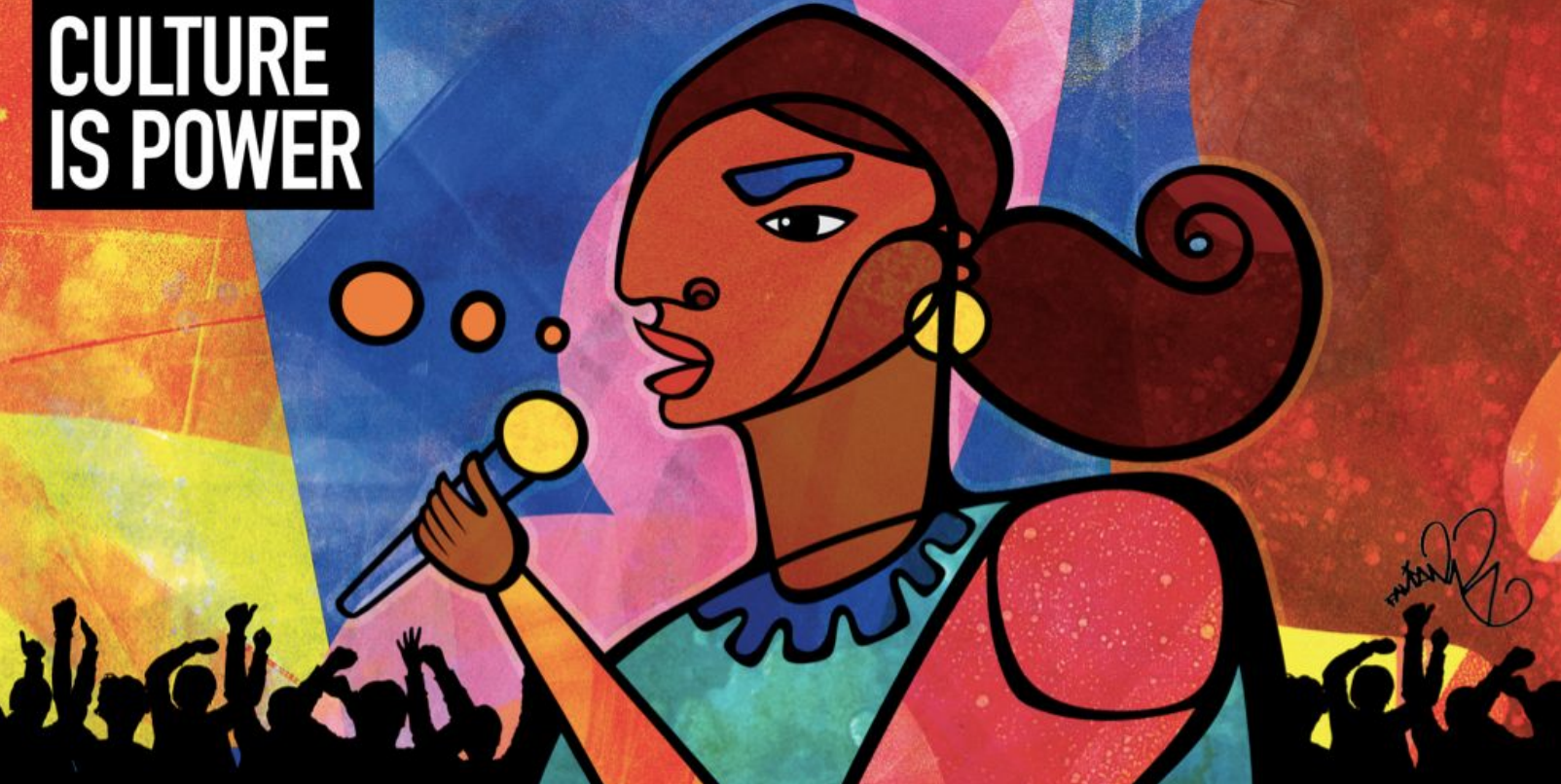 Powered from the Roots Up

The Center for Cultural Power (which was formerly named CEL Education Fund) builds on the foundations of the CultureStrike project, the Revolutions Per Minute project (RPM), and the work of its affiliated 501(c)(4) entity—Citizen Engagement Laboratory (CEL). The Center for Cultural Power is an evolution of the programmatic work of the CultureStrike project, which launched in 2011, led byFavianna Rodriguez and co-founded with Jeff Chang. It was born out of a groundbreaking artist delegation to the Arizona border, surrounding the passage of an anti-immigrant law, SB1070. The delegation engaged artists like dream hampton (Executive Producer of "Surviving R Kelly"), W. Kamau Bell (CNN’s United Shades of America), Julio Salgado (Undocumented Unafraid) and Alex Rivera (2019 Sundance Winner). Powerful results years later include dream hampton working to mobilize John Legend to hold a musical event at the border in 2017; Kamau Bell producing a show about the border and featuring Favianna Rodriguez (United Shades of America, CNN) in 2018; and Alex Rivera receiving initial support for a documentary featuring undocumented youth, which won two awards at Sundance 2019 (The Infiltrators, CultureStrike was a first funder).

The current infrastructure and entrepreneurial spirit of The Center for Cultural Power are derived from the time when the organization was still named CEL Education Fund (short for Citizen Engagement Laboratory Education Fund) and from its affiliated 501(c)(4) entity, Citizen Engagement Laboratory (CEL), which was born when filmmaker Ian Inaba and engineer James Rucker built a home for digital organizers and culture makers in the wake of Hurricane Katrina. CEL, which was an early incubator of cutting edge digital strategy, accelerated and housed organizations like Color of Change, Ultraviolet, CoWorker.org. CEL paved the way for digital organizing in the era following the 2008 election and, as an affiliated entity of The Center for Cultural Power, is currently evolving into an organization focused on artist-driven cultural strategy in the 2020 election period, with the new name of "The Cultural Engagement Lab."

The Art of Abortion Storytelling

A recap of our recent trip to a global climate convening

A celebration of Native American Heritage Month and Indigeneity

Congratulations! You have successfully subscribed to our newsletter.